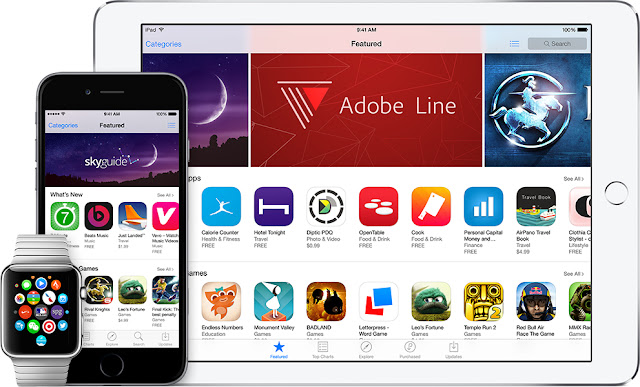 SP’s: iOS 9 SDK includes new APIs and services that are enabling new categories of apps and features. Multitasking and gaming APIs help enhance app functionality and create immersive games. Expanded search capabilities, and new support for CloudKit, HomeKit, HealthKit, and MapKit extend iOS to more places than ever before.
In a recent event Apple announced tons of new features and hardware including iPad Pro, iPhone 6s, Watch OS2, tvOS, 3D touch etc. All these are powered by iOS 9 which apple is going to release on 16th Sep and soon iOS 9 powered devices will be in the hands of hundreds of millions of customers around the world. iOS 9 SDK is available for developers to build and convert apps for iOS 9 and get it reviewed by Apple.
If you are an iOS developer, make sure your apps are optimized for the exciting new features now available for these platforms. To prepare, download the Xcode 7 GM seeds, test with the GM seeds of iOS 9, OS X El Capitan, and watchOS 2 and submit them to the App Store for review.
Following are some of the major enhancements coming in iOS 9-

The App Store now allows users to download apps that are specifically optimized for their device. This means apps will download, install, and launch faster while taking up less storage space than before. Build support for slicing, on-demand resources, and bitcode to give users smaller, more convenient updates to your apps.

Multitasking takes advantage of the large display on iPad to create new experiences with two iPad apps running at the same time. Use size classes in Interface Builder to support multitasking in your app and let users take advantage of Slide Over, Split View, and Picture in Picture.

Entirely new way to interact with your phone. For the first time, iPhone senses how much pressure you apply to the display.
Apple also released Swift 2.0 which is build on the incredible power of Swift, delivering features that help developers write even better code, including advanced error-handling, availability checking, and lots of enhancements to syntax. Now Swift will reach an even larger audience later this year when Apple makes it available as an open source project.
Did you like this article on what’s new in iOS 9 SDK? Tell us in the comments below.