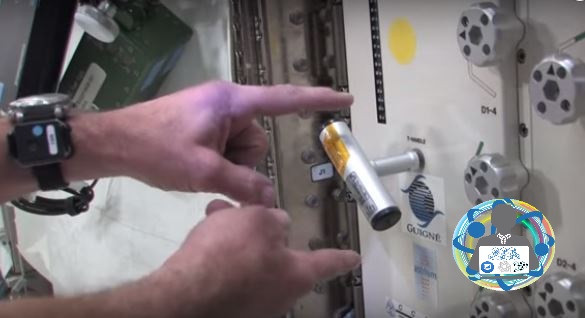 SPR’s: If you were to go in space tomorrow, the physics, and its effects you know, would look substantially different and perhaps drunk. Check out what happens when a T-handle is given a spin in zero gravity.
Space can be as troublesome as it is fascinating. The zero gravity, that would thrill most of us down on Earth is an eyesore for the astronauts up in the International Space Station. For a normal guy in space, physics would be upside down, hold no rules as are expected and seen on our planet. But, as I said for ‘normal people’, physics in space would look drunk.
Astronauts in space are like the human test subjects that give their bodies for science. Up there in ‘minimal g’, there’s a constant fear that your eyeballs might go flat – or the sweat builds on your skin but doesn’t evaporate. The space is mostly about weightlessness and it would seem that physics is wobbly in zero gravity as compared to Earth.
Check out this video that that shows an astronaut giving a spin to a T-handle aboard the ISS.
Don’t be surprised. That’s what we were trying to say all along. Physics in space will give your brain a roll.
The reason behind the drunk spin of the T-handle is the “instability of rotation around the intermediate axis” of an object. if you spin any object around its largest and smallest axes, it will spin in a stable and consistent manner. But, if the object is rotated on an intermediate axis, the rotation is unstable. The object will flip back and forth in orientation while spinning because it is trying to spin itself on the more stable large or small axes instead.
Well, actually, the same would happen on Earth, but due to the presence of the gravitational force it is not that comprehensive. You have to watch the instability closely through a slow motion video footage. So, the rules still hold themselves, but physics in space definitely looks drunk.
So basically, gravity is good, but zero gravity is cool. What do you think?
Also Read:How To Make 3D Hologram At Home By the Easiest Method
For more updates and interesting stories, subscribe to fossBytes newsletter.