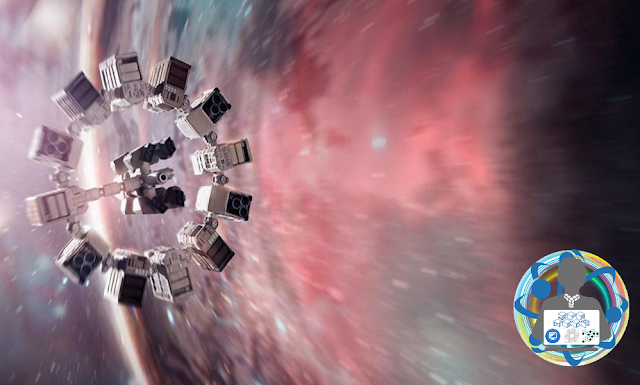 The research and technology are advancing at a rapid rate. First, it was the confirmation of the “impossible” EM Drive by the German scientists and NASA, and now it is the creation of a wormhole device. It looks as if all of our sci-fi fantasies will soon be coming to reality.
A wormhole is not a new concept for the physicists. As soon as Einstein’s general theory of relativity gained prominence, further research showed the existence of invisible bridges that could connect two different points/places in space-time. These hypothetical bridges were termed as wormholes which would allow travel of matter from one point in the Universe to other in the blink of an eye.
The device claimed by the physicists as a wormhole device, however, does not fit the traditional image of a wormhole, but technically it does tunnel two points in space-time. The magnetic wormhole device created by the Spanish physicists can tunnel the magnetic field through space.
Study co-author Jordi Prat-Camps, a doctoral candidate in physics at the Autonomous University of Barcelona in Spain said:
This device can transmit the magnetic field from one point in space to another point, through a path that is magnetically invisible. From a magnetic point of view, this device acts like a wormhole, as if the magnetic field was transferred through an extra special dimension.

As you can see in the picture, the ferromagnet has its magnetic field subjected through the spherical magnetic wormhole device. In image A,  the field of a magnetic source (right) is appearing as an isolated magnetic monopole when passing through the magnetostatic wormhole where the whole spherical device is magnetically undetectable.
In image B, you can see the spirally bound ferromagnetic sheet (blue) that has naturally occurring magnetic field lines, a shell of yttrium barium copper oxide (yellow) that bends the magnetic field lines through space, and the outer spherical shell that cancels out the field lines’ distortion.
Simply stated, the device’s architecture renders the magnetic field lines invisible and effectively creates a tunnel.
And there you are, you just got yourself a magnetic wormhole. The magnetic wormhole technology has many applications as well. The whole dull experience of getting an MRI done, sticking yourself inside that magnetic tube would be the thing of the past. We would be able to take pictures of a human body with a strong magnet from far away.
But, here’s a fun fact: although revolutionary, still, don’t dream of this technology to zap you into the other end of the universe anytime soon. Nevertheless, stay optimistic.
Source: Scientific Reports
For more updates and interesting stories, subscribe to SPR’s newsletter.