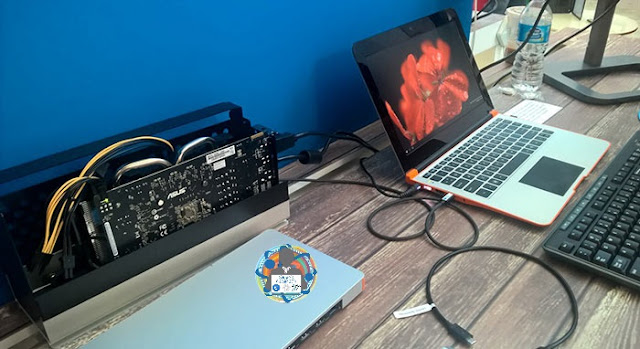 SPR’s: Intel has come up with Intel Thunderbolt 3 box that has three USB 3.0 ports, two HDMI ports, ethernet, external radio and two display ports. The box also has an external AMD Radeon R9 M385 graphics chip inside and allows you to connect an even heavier external graphics card like a full-size AMD R9 200 series to convert your laptop into a graphical powerhouse.
The Universal Serial Bus, or now more commonly known as USB ports, have become a necessity on almost all the gadgets. What modifications could you expect in a humble USB? Well, a lot to be honest.
The new USB Type-C is an upgrade in the ports which can charge your laptop, deliver 4K video, and transfer loads of USB data all over a single cable and more importantly all at the same time. Google has already announced that the Android phones will soon be equipped with Type- ports. What, you want more!! Ok. Check this out.
Intel has come up with an enhanced version of Type -C, Intel Thunderbolt 3. The features of this new upgrade port are as lightning as its name. As if charging, transferring and delivering a 4K video was not enough, Intel Thunderbolt 3 can supplement the power of a relatively weak laptop with an external graphics card, charge your laptop, drive two 4K monitors, and power your USB devices all at the same time.
Intel is continuously revolutionizing the tech scene with its latest Intel Core i7 Skylake Processor reaching 7GHz clock speeds.

Image: Gizmodo
Here’s a shiny Intel Thunderbolt 3 box that has three USB 3.0 ports, two HDMI ports, ethernet, external radio and two display ports. That’s not all. The Thunderbolt 3 box also has an additional Type-C port if you might feel the need, and an external AMD Radeon R9 M385 graphics chip inside. The sleek Intel Thunderbolt 3 also allows you to connect your laptop to an even heavier external graphics card like a full-size AMD R9 200 series.
I bet Intel would have satisfied your appetite with its Thunderbolt 3 set by now. But, don’t get overwhelmed just yet. These were just the Inventec reference designs. Although, you can expect Intel Thunderbolt 3 sets in the markets by this year’s end.

Via: Gizmodo
Are excited to use Intel Thunderbolt 3? Tell us in comments below.