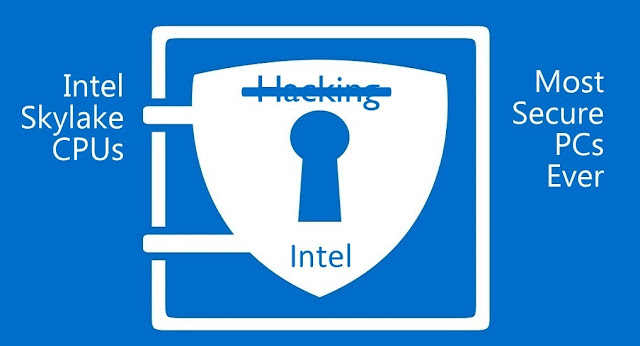 Intel’s Sixth generation super performers Skylake CPUs have already been declared as the best processors in business – thanks to its blistering clock speed, better security and providing prolonged battery life.

Now, Intel has revealed its plans to further improvise upon its next batch of Skylake CPUs with enhanced Intel Software Guard Extensions technology. The new SGX technology is a new instruction of x86 extensions set that allow developers to protect the data from unauthorized access using “inverse sandbox” mechanism. The SGX tech will also help in maintaining control of the platform and ousting the malicious codes.
The new Skylake CPUs will be enabled by SGX and for the previous batch of Core i7, Core i5 and Xeon, Intel has given them new MM numbers having minor manufacturing configuration change in order to allow customers enable the new SGX in these chips.

The enhanced CPUs will have the ability to enable the applications to define secure data locations that don’t break down even when the attacker has physical access to the platform and has the potential to conduct direct attacks on memory.
Intel’s new chips have undergone rigorous tests to get SGX-ready. For the previous batch chips, minimal modifications have been done as it seems they won’t need an updated BIOS to get SGX enabled.
However, the question that everyone’s been asking is why Intel is implementing the SGX technology so late!! Intel will release its- even better SGX enabled Skylake processors on 26 October.
Willing to add something? Tell us in the comments below.