Learn it Faster: The Complete Linux Kernel in a Single Map 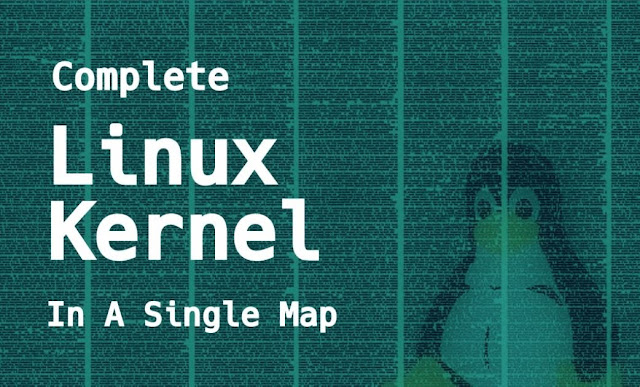 SP’s: Today, we are sharing an interactive Linux Kernel map that will teach you the basics and understand the various subsystems. Take a look.

The internet runs on Linux, everybody knows this fact. The Linux Kernel is one of the most complex and popular open source projects. If you wish to learn the basics, there is tons of material available online. Still, the core of the Linux kernel is a subject difficult to understand.
It’s said that a picture is worth a thousand words. In the past, we have shared two articles in the learn in faster series : Python in one image and JavaScript in one image. Along the similar lines, today we’re here with the complete Linux Kernel map.
In Linux Kernel, there are multiple layers, modules, functionalities, calls and functions – and to make everything clear, MakeLinux has a cool interactive map of the complete kernel. Here, we are sharing this interactive map of Linux Kernel that has all the components and each item on the map is an hyperlink to the source code and documentation.
This Linux kernel map helps you to understand complex interconnections between subsystems of the kernel while you navigate through its source code. Let’s suppose you are trying to hack down a bug and getting irritated trying to figure out what invokes what – so here the kernel map comes to your rescue.
Get Linux Learner Bundle here.
This is also very helpful if you just want to understand the subsystems. On the map, there are more than 400 prominent functions and functions are divided into major subsystems.
The relationships are shown by the lines and by clicking on any function, you’ll reach to its Linux source code and documentation.
Browse the entire interactive map here on MakeLinux.
For quick reference, take a look at the picture below (click on it to enlarge).

Did you find this Linux Kernel Map helpful? Tell us in the comments below.