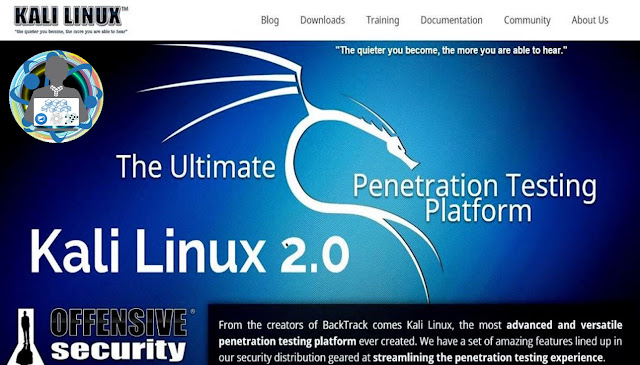 SPR: Kali Linux 2.0 has been released with tons of new features and it’s now based on Debian Jessie. It comes with improved hardware and driver support along with support for more Desktop Environment. Download the Linux Kali 2.0 ISOs and Torrents now. Update: Kali Linux 2.0 is Released, Download ISO and Torrent Files Here
At the recent Black Hat and DEF CON conferences, Kali Linux Dojo was presented. There, Dojo rooms were set up for the common public where people generated their own Kali Linux 2.0 ISOs for the first time. And today, in the most significant release of Kali since 2013, Kali Linux 2.0 is officially released.
Kali Linux 2.0 comes with new 4.0 kernel and is now based on Debian Jessie. It comes with improved hardware and wireless driver coverage. The official Linux Kali 2.0 ISO and Torrent files are released and you can download them from the website (links given ahead). The new Linux Kali version supports a variety of Desktop Environments including gnome, kde, xfce, mate, e17, lxde and i3wm.
Linux Kali 2.0 release has made it an up-to-date OS in a global and continuous release and thus it has transformed into a rolling distribution. It means that Kali is pulling continuous packages from Debian Testing and upgrading the Kali core system. This enables Kali Linux 2.0 and other future versions to take advantage of the newer Debian packages.
Along with the Kali Linux 2.0, you get an upstream version checking system that alerts you about the new upstream versions of tools. With this new system, core tool updates will take place more quickly.
As I mentioned above, Kali Linux 2.0 now natively supports gnome, kde, xfce, mate, e17, lxde and i3wm. The move to gnome 2 has come at a price of the minimum RAM requirement that has been increased to 768MB for a full gnome 3 session.
The ARM image section of Kali Linux 2.0 now supports boards like Raspberry Pi, Chromebooks, Odroids etc.
The mobile penetration testing platform NetHunter too comes with an update and now includes Kali Linux 2.0. Also, versions for OnePlus One, Nexus 5,6,7,9 and 10 has been released. The company has also released new VMware and VirtualBox Kali 2.0 images including 32 and 64-bit flavors of the gnome 3 full Kali environment.

Visit the Kali Linux 2.0 Download page to get the OS images.

Are you going to test and use Kali Linux 2.0 on your computer? Tell us in comments below.
For more updates, subscribe to our newsletter.