Happy 20th Birthday, Windows 95! Thanks for Changing the Computing Forever 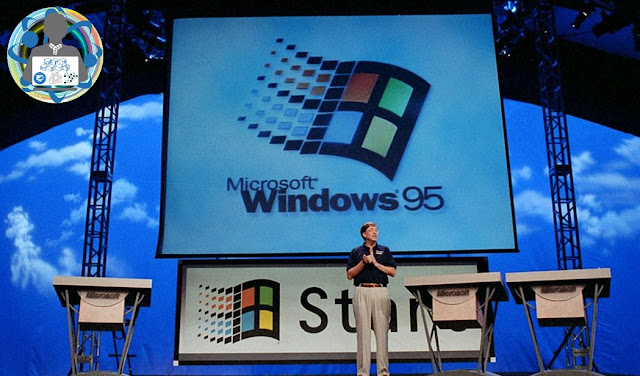 SPR’s: Twenty years ago, Bill Gates changed the world. On August 24, 1995, Microsoft released Windows 95 for the general public, starting a desktop computing revolution that changed the way people used computers. It’s a no denying fact that Windows 95 is responsible for shaping and guiding the Windows operating systems.
The advent of Windows 95 meant a boom for the desktop PCs. Then, with an easier and more immersive graphical user interface, Bill Gates aimed to make PC a household device and change the world. It wasn’t the first version of Windows and people had seen many other iterations before. But, Windows 95 had an extraordinary impact on people and Windows 95 still has a cult fan following.
Windows 95 introduced the Start Menu- a feature absent in Windows 10- that became the chief reason for the failure of Windows 8. Today, we all know that the Start Button is the heart and soul of a Windows OS that navigates you through programs and various commands. All the subsequent versions of Windows carried this button, except Windows 8.
On its website, Microsoft writes about Windows 95:
This is the era of fax/modems, email, the new online world, and dazzling multimedia games and educational software. Windows 95 has built-in Internet support, dial-up networking, and new Plug and Play capabilities that make it easy to install hardware and software. The 32-bit operating system also offers enhanced multimedia capabilities, more powerful features for mobile computing, and integrated networking.

Do you remember the hour-long instructional video produced by Microsoft that started Mattew Perry and Jennifer Aniston (Chandler and Rachel from Friends)? Take a look.
Talking about the other fancy promotions, the Empire State Building and Toronto’s CN Tower were lit up in Microsoft colors. If you think this was enough, let me remind you of the rumored $8 million paid to the Rolling Stones for allowing “Start Me Up” to be used as the soundtrack to its television ads.
To run Windows 95, you needed a PC with a 386DX or higher processor (486 recommended) and at least 4 MB of RAM (8 MB of RAM recommended). Upgrade versions were available for both floppy disk and CD-ROM formats, with availability in 12 languages.
Along with Windows 95, there came the Internet Explorer, which became the first web browser for many people. Now the PCs were more affordable, as well as they became a household device. Thanks to the hard work of Windows engineers and Bill Gates, in 1998, Microsoft became world’s biggest company.
Watch the Windows 95 Start Me Up commercial below:
Did you like this article? Tell us your views and Windows 95 memories in the comments section below.