Forget IoT, The Internet Of Sound Has Arrived 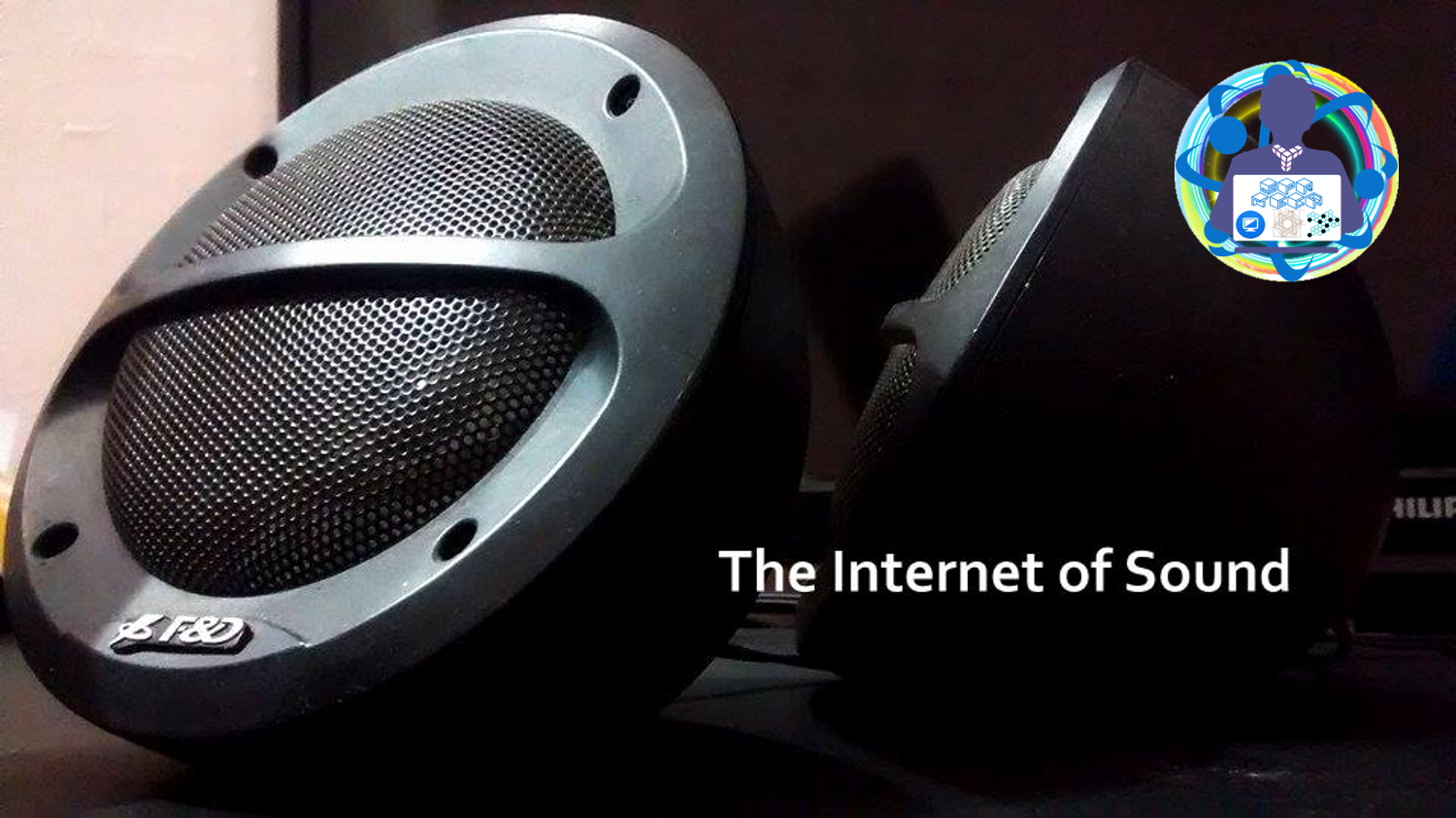 SPR: The era of the Internet of Sound has arrived and soon sound could be used to transfer data. Sound has the potential to paint a new picture and connecting the world in a different and better way.
Attention audiophiles! We are about to experience the Internet of Sound. We all encounter myriad sounds each day, but none of us has ever imagined them as a possible network. However, the technology has a tendency to work upon the unimaginable and bring out the wonders. This time, the wonder is what is being called ‘The Internet Of Sound’ or the ‘speakernet’.
Sound has been for long the most neglected network despite the fact that sound can reach places where other networks cannot. Therefore, sound can reframe the picture that we see today, it can be a valuable part of our networks besides the existing ones. Moreover, the functioning of machines like ATMs, TVs, toys, radios, tablets, mobiles etc. which exist already can be repurposed if they carry sound, so they can be a part of a network. Thus, Internet Of Sound can be foreseen as a progressive approach to connect the world in a better way.
As a part of the Internet Of Sound, Chirp, a mobile application and a London-based startup, has released its Chirp.io SDK. Chirp is a platform for exchanging data using sounds. The working is simple. Provide the app a link or a piece of text or an image or anything else and it will “chirp” a sound that can be decoded by anyone else using the app,  pointing to the data on chirp’s server. However, with the release of SDK, chirp is no longer limited to iOS and Android phones, rather it is now available for the Arduino and Spark Core. All you need to share chirps is an Arduino Uno and an earphone. Besides, it comes with a simplified web API which is designed for the limited resources on embedded devices.
Interestingly, the company has opened a crowdfunding round on Crowdcube, which unlike Kickstarter, is an equity platform based in the United Kingdom, where one gets backer rewards and backs a specific project. Noticeably, here, the person pledges in return for equity (or share) of the company. It is noteworthy that Chirp is raising 400,000 Euros in return for 16.7% of the company. It doesn’t require the backer to have a net worth greater than a million dollars to become an accredited investor which opens doors to a much wider range of people.
The Chirp platform is momentous in the realisation of the Internet of Things dream because it effectively meets the requirement of an uniform protocol for all the things which are about to be connected. Until now, there are no unified standards to fulfill this because of the great diversity of devices that make up the Internet of Things. Not every device can have enough processing powers or even memory to run a TCP stack, hence, it’s not going to run internet. However, the Internet of Sound can make the Internet of Things possible in reality.
However, the data transfer over audio is going to be slow and there are possibilities that the signal is rich in data but hideous in sound or otherwise the signal may be irritating and unreliable at the same instant of time.Moreover, the process can be insecure  by design. But, the hope remains as novel and initiative ideas are being worked upon by the researchers to get the problems solved and make the Internet of Sound a better thought. New hardware can escalate the process- the ever cheaper and devoted DSP (Digital Signal Processing) chips in mobiles and other connected devices can optimise the reach and efficiency of Internet of Things products.
Therefore, the world is soon going to attain the potential to re-engineer sounds, music and audio for the sake of data sharing. Thus, where there is sound, there is data.
Do you like the article? Tell us through your comments.
Also read: Sound Wave Hacking: Computers and Printers Hacked to Send Data as Sound Waves
For more updates, subscribe to our newsletter.