Driverless Taxis To Become A Reality In Japan 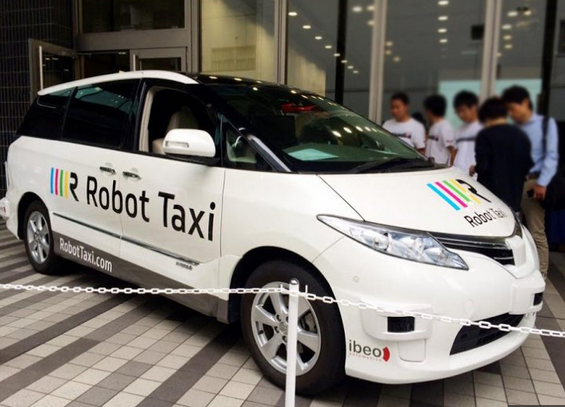 SP’s: In Japan, a company called Robot Taxi is hoping to begin road tests for its revolutionary driverless taxis by next year in Kanagawa prefecture, south of Tokyo.
Haven’t we all faced problems while travelling in a Taxi? Be it the unavailability of Taxis during early hours of the day or fare issues, all of us have faced them and hope for a better transportation system.
Well, this era might as well encounter a revolution in Taxis. As, in Japan, a company called Robot Taxi is highly optimistic about its driver-free taxis. The road tests shall begin next year in Kanagawa prefecture, south of Tokyo.
According to the Wall Street Journal reports, fifty people will travel in trips of two miles from their homes to grocery stores, with a Robot Taxi employee on board (as a safety precaution for now).
Here, you can check you the exciting and touching video of Robot Taxi:
Japan, if you didn’t know, is the world’s most rapidly again nation, where the number of citizens aged 100 and up hit over 60,000 this year. The idea, at least initially, will be to help such elderly citizens and run routes in places where public transport isn’t built out.
Wonderful, isn’t it?
Well, of course, questions have arisen regarding the extent of acceptability by the elderly citizens and challenge of tech- awareness of a driverless taxi! But then, in a country like Japan, where cute and communicative robots like Pepper and Aibo already exist, things might as well be easy.
Stay tuned for more upcoming updates.