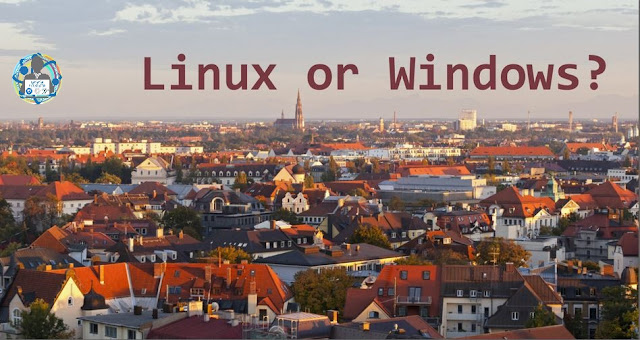 SPR’s: German city of Munich, that ditched Windows years ago, is tired of using Linux and open source software. The city officials are finding Linux cumbersome to use and they are demanding to bring back Windows.
Windows vs. Linux – it’s a debate that will never end and we’ve seen many instances over and over again. Even in the comments section of fossBytes, readers claim that Linux is far better than Windows and vice versa. This debate continues but going for a switch in a big organisation is something that people generally avoid. Such changes bring lots of investment cost along with training the employees to use new software.
But, the brave German city of Munich ditched Windows in favor of Linux long back in 2003-04. This step to support FOSS and open source was expected to save about €10m and the city decided to switch to Linux and open source alternatives like OpenOffice- only to figure out something else. Few months ago, the city realized that the city would need €23m to switch to Linux.
Long back, city started its migration from Windows NT and Office 97/2000 to a Linux-based OS called Limux (customized version of Kubuntu 12.04), a customized OpenOffice and tons of other open source software like Firefox browser, Thunderbird email client and Gimp photo editor. As a result, more than 15,000 staff members were affected.

Now according to a new report, Munich wants to go back to Windows.
The councillors from Munich’s conservative CSU party have termed the customized Linux on their laptops as “cumbersome to use” and “of very limited use”. In addition to this, a letter from some senior members of city’s IT committee asked the mayor to remove the Linux-based OS and to re-install Windows and Microsoft Office on laptops.
In other complaints, it was also said that FOSS is running being the proprietary IT vendor’s solutions. The letter says that the laptops don’t have any programs installed for text edition, Skype or Office. This hampers the normal work and many councillors are using their own private notebooks for work.
The notebooks provided to the officials are Intel Core i7 powered, SSD equipped- and they are going unused. The big complaints are coming regarding Microsoft Office and OpenOffice compatibility issues.
Will Munich switch back to Windows and ditch Linux and open source? Tell us your views in the comments section below.