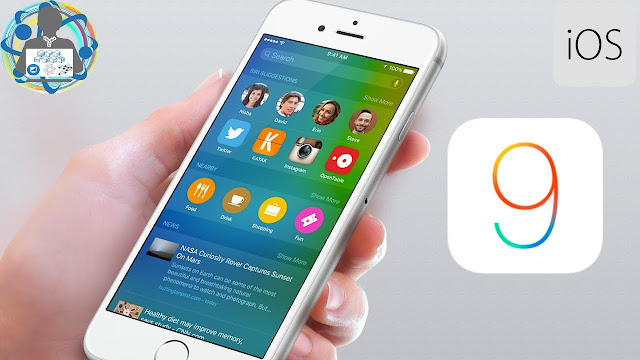 iOS 9 will be released officially very soon and it has tons of small and big improvements changes that will change the way you use your Apple device. Based upon my experience of the iOS 9 public beta, I’m going to tell you about the best iOS 9 features.

Just a couple of days ago we got the news of the upcoming iPhone launch event to be held on September 9. Apart from the new iPhone and iPad, we’ll also witness the official launch of the new iOS 9. The new OS isn’t some kind of complete overhaul, but it has lots of humble changes that will surely create an impact on iOS users.

Currently, iOS 9 is in public beta and I’ve been trying out the OS from past one week. In this article, I’ve mentioned some biggest changes in iOS 9 and the features that will change the way you’ll use your device.
Take a look at the iOS 9 features and tell us your favorites:

I decided to write this iOS 9 feature before any other as it will be appreciated and loved by most of you. The new low power mode will make your phone run longer by disabling mail fetch, background app refresh, lower visual effects and automatic downloads. The great news is that you can still use almost all useful features of your phone like Wi-Fi, Location Services, Bluetooth, GPS etc. In the new power saver mode, the screen sleeps a little quicker along with other subtle changes to give you extra juice.

2. iOS 9 update for everyone and smaller in size:

This isn’t exactly an iOS 9 feature, but it’s surely worth mentioning. Usually, every new iOS version isn’t available for all previous generations of iOS devices. But, iOS 9 will be available for devices like iPad 2, iPhone 4S, iPad Mini and iPad touch 5th gen- i.e. all will be getting the features of iOS 9 with the new update.
Another exciting iOS 9 feature is that the iOS update will be smaller in size and it’ll be needing just 1.3GB of space to download and install. This is surprisingly 3.5x smaller than iOS 8.

3. Better organization of your pictures:

iOS 9 will come with an improvement that will organize all your pictures. Another great iOS feature places all the pictures taken from the front camera in a “Selfies” folder. Also, the screenshots taken by the power button and home button get placed in their own designated folder.

With iOS 9, Apple is gearing up for a mobile OS that is smarter than ever and comes with more relevant searches. New search suggestions make this experience more Google Now-like. You can just swipe from your main screen to get a recommendation and news curated just for you.

The app switcher is a cool aesthetic iOS 9 feature that makes your life easier by improving the way you open the apps. I found this feature pretty useful and clean-looking. When you get your iOS 9 update, do tell us about the features you love the most.

With iOS 9, you can perform real side-by-side multitasking if you have newer iPads (Split View on iPad Air 2, Slide Over on iPad Minu 2, iPad mini 3, iPad Air, and iPad Air 2).
This is a very useful feature as you can surf the web and write emails together on a single screen. Or, you can take part in a FaceTime chat with your spouse and do some office work side by side. For the time being, the Apple’s home-grown apps will be supported and slowly the functionality is expected to arrive on other apps.

This iOS 9 feature is something that will give you a taste of improvement in the still-developing Apple Maps. With iOS 9, the app be getting transit directions in  Baltimore, Berlin, Chicago, London, Mexico City, New York City, Philadelphia, the San Francisco Bay Area, Toronto, and Washington D.C., as well as over 300 cities in China, including Beijing, Chengdu, and Shanghai. This info will include detailed transit information to the iOS 9 users and the feature will be eventually expanded to include more locations.

More stress on Siri is an iOS 9 feature that can’t be neglected. Apple’s digital assistant is getting more improvement and smarter. iOS 9 aims to bring the contextual search ability of Siri to the same level as Google Now and Cortana. Now, Siri is faster and prompt in responding to search questions about the contents of your iPhone running iOS 9.

Flipboard-style Apple News is a great and exclusive iOS 9 feature. You can choose the channels and news category you are interested in, and the Apple News app shows you the best stories to you.
The smart Apple News app also floats suggestions based on your reading history and it improves as you use it. Give the Apple News a try in iOS 9 and tell us your experience while reading the news from fossBytes.

With iOS 9, iPhone users will be able to connect their devices with their vehicles that support WiFi connections. It will also support your car maker’s apps and thus it will integrate with the already present app.

11. Android to iOS switch is easy:

The Move to iOS app will make your decision a lot easier if you want to ditch your Android device for an iPhone. This app will transfer contacts, message history, videos, photos, bookmarks, calendar, wallpaper, songs, books, and whatnot.

This iOS 9 feature will be loved by those who are habitual of creating notes and check-off lists. The improved Notes app now supports images and doodles to let your creativity flow. All the changes made in your notes will be synced using iCloud via all Apple devices.

Earlier, iOS organized the notification by apps. In iOS 9, the notifications are always organized chronologically with the newest one at the top. I personally liked this change as it increases your efficiency and it makes a lot of sense.

14. The Back button and Shift key:

Another useful addition in iOS 9. Whenever you switch to a new app, iOS 9 brings a small button at the top left corner that lets you go back to the previous app. Suppose you are using Twitter and you get a notification from Facebook, just open the notification and go back to Twitter with just a single tap.
The small change in the Shift key will be instantly noticed by you as you’ll start typing something. Now the case of the letters change with the shift key. Earlier, the letters were always capitalized even when the shift key wasn’t enabled and this created a confusion.

Last but not the least, Apple has focused more on security in iOS 9. In the new OS, users will need a six-digit passcode on devices that use Touch ID instead of four digits. The users with two-factor authentication will need to enter the verification code while signing in from a new browser or device. This verification code is automatically generated and sent on you Apple device.

Did you find this article helpful? Tell us in the comment